is a product by Nia Puhskarova, started as a small citizen initiative and gradually turned into the biggest festival of contemporary arts in Bulgaria

An artist run initiative since 2006

In 2004 I had this epiphany and obviously the time was right to form something beyond the personal so I formed the NGO – IME. At first it was only on paper and didn’t require much , but in time I had another so called epiphany and decided to take action within the city I live in – because I care , because I am ashamed of the state some beautiful buildings and regions are in and because I am not lazy.
So Water tower art fest was born in June 2006, with invitation to everyone that wanted to take part in : cleaning the garden of the water tower in Lozenets, Sofia and enjoy the after party. I had supporters form day one: Nicola Zena http://nicolazena.co.uk/ – astro+prism UK , artmospheric.org http://artmospheric.org/, Mia, Delyana, Yana and more…
Over the years the festival has proved itself to be internationally respectable event despite its alternative, urban underground independent profile; it managed to withstand the binding forces and offers a platform for communication form artists to artists, people to people, on a freely based unbiased communication through arts.

We connect with and make connection possible within an existing global commonwealth, consisting of creative people that do care which we are in need of and to be in touch with in order to survive. What we make possible is the meeting of separate individuals who each one on their own is not recognizable in terms of influence as a single unit, but coming together it is possible. The fact is that some people have come together despite their own studies in order to break into the bureaucracy and state administration in a country, just to make statements readable on all levels. And is not done with the presumption to pay credits to the “greatness “of artists themselves, but rather work together towards one point in time and space, using creativity as a tool, after that everyone is responsible on their own.
Water tower art fest is the biggest event with its 7 years history in the development of contemporary arts in alternative spaces with socially engaged artworks from national and international artist’s participants in Bulgaria.

A curator (from Latin: curare meaning “take care”) is a manager or overseer. Traditionally, a curator or keeper of a cultural heritage institution (e.g., gallery, museum, library or archive) is a content specialist responsible for an institution’s collections and involved with the interpretation of heritage material. The object of a traditional curator’s concern necessarily involves tangible objects of some sort, whether it be artwork, collectibles, historic items or scientific collections. More recently, new kinds of curators are emerging: curators of digital data objects and biocurators. 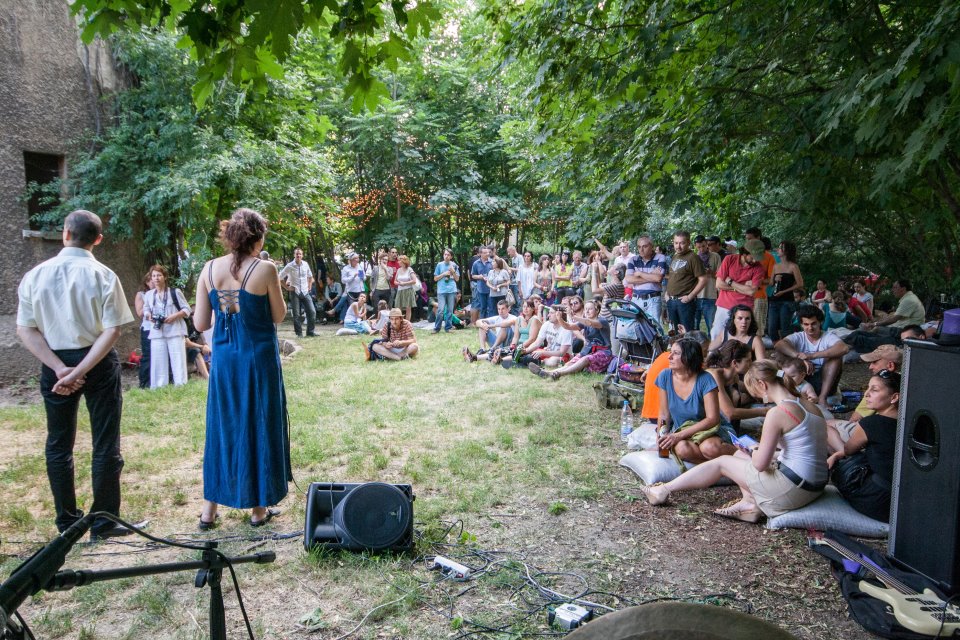